You are here: Home / News / Monitoring visit to El Bruc by Volterra team 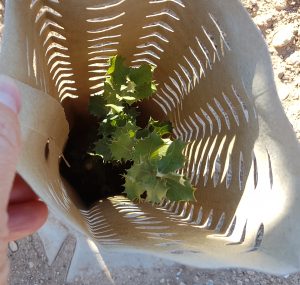 Yesterday, Sven Kallen and Egbert Sonneveld of Volterra, visited the owners and field sites in El Bruc, Catalonia. During the monitoring visit, the state of the plantation and the functioning of the Cocoons were checked. In general the young saplings were found to be in good health, especially the truffle inocculated Holm oaks (Quercus ilex). Even though the terrain had been fenced-off against unwanted visitors by the owner of the terrain, some wild boars had managed to enter the plantation. Nevertheless, only little damage to the Cocoons was witnessed, probably because there is currently enough drinking water available in the area. The fencing system will be reviewed within the coming months.

We lifted the lid of several Cocoons and saw that the amount of water in the Cocoons had been reduced by half, compared to its initial level. In several Cocoons the remaining water was frozen due to the cold weather of the last weeks. 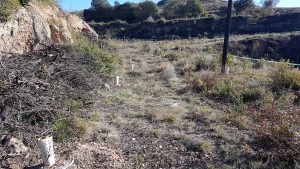 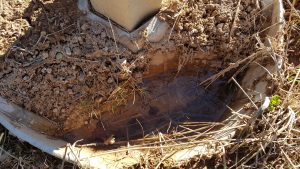 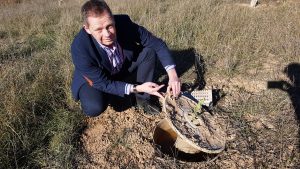 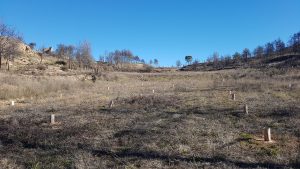