You are here: Home / News / Launch of the first activities of replication in Italy

Launch of the first activities of replication in Italy

As part of the replication actions envisaged by the project,  contacts have been made with those interested in implementing Cocoon in different fields, like CREA (Council for Research in Agriculture and Agricultural Economic Analysis) based in Arezzo and the IPLA (Institute for Wood Plants and Environment) based in Turin.

On February 26th, CREA’s team received 60 Cocoons with instructions on how to implement them. Their request for collaboration with our project took place just after the conference organized at the Botanical Garden of Rome in October. During this conference, Mrs. Monteverdi showed interest for the possibility of using Cocoons to address specific territorial complexities. As a consequence, the Cocoons will be used for  planting Quercus suber trees, commonly known as cork oak, on a one hectare surface within the municipality of Cecina (Tuscany). The final goal is restoring the natural vegetation of the area and  overcoming  both the problem of summer drought and the impossibility of providing regular irrigation to shrubs. The planting is scheduled from 11 to 15 March.

During the same day, the first soil ripping intervention to  rehabilitate the former industrial area of ​​Basse di Stura (TO) took place. 60 Cocoons will be used for planting arboreal and shrub species typical of the Po Valley such as Populus nigra, Quercus cerris, Fraxinus major, Quercusa petraea and Acer campestris. The planting surface will cover one and a half hectares. Even thought the area of Basse di Stura is quite different from Cecina, the purpose of this planting is similar. Indeed, the main goal is to restore the natural-fluvial vegetation and avoid problems of water shortage, as well as the impossibility of emergency irrigation in case of drought periods. A specialized company operating under the control of the technical staff of IPLA will be in charge of the planting, as part of the regional project “Urban Forestry”. This regional project sees as participants  also CNH Industrial and the city of Turin.

Dr. Valerio Crescenzo of Biopoplar, will hold a training day the 6th of March on how to properly use the Cocoons. The training is addressed to the personnel involved in this replication action.. 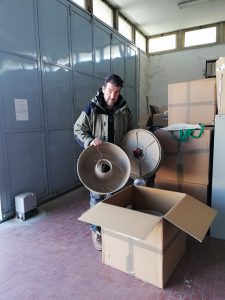 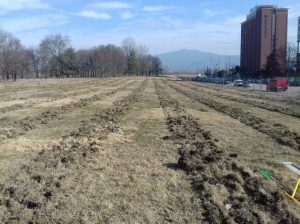 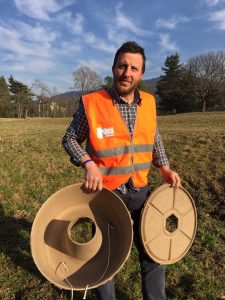