You are here: Home / News / Measures for soil stability and conservation #Cocoon

On Friday 05/04/2019, Eugenia Gimeno was invited to give a key lecture in the 4th edition of the Seasonal University of Valencia. This is a program organised between the Regional Government (Diputacion de Valencia) and the University of Valencia to be developed in little towns of the Region. This year’s edition was held at the MUMA-Museu Municipal d’Alzira and the title was “El medi ambient valencià. PRESENT I FUTUR DE LES TECNOLOGIES VERDES” (The environment in Valencia. Present and future of green technologies). 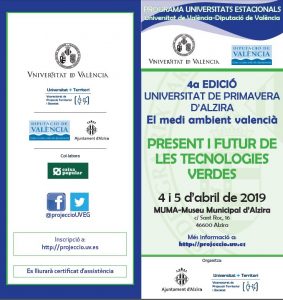 Eugenia’s conference was entitled “Mesures per a la estabilització i conservació del sòl” (Measures for soil stability and conservation) and it was attended by 86 people (inhabitants of the Alzira’s town among which there were some students of Environmental Sciences). 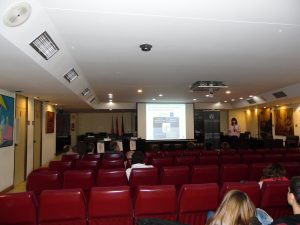 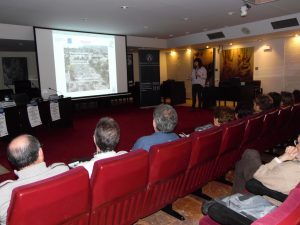 Presentation of the results of LIFE The Green Link